Workbooks can now communicate directly with Microsoft’s Exchange Server. This allows the synchronisation of information between Workbooks and our customer’s Exchange servers. This is an alternative to the Workbooks Outlook Connector, allowing compatibility with all of the Exchange clients.

Compatibility: Please check with Wizard Systems on the compatibility of your Exchange system to Workbooks/

The biggest difference between the functionality of the Workbooks Exchange Server Sync (WESS) functionality and the Workbooks Outlook Connector (WOC) is the ability for Workbooks to connect directly to Exchange servers. Where the WOC can only connect to Outlook running on a Microsoft Windows desktop, the WESS can connect to all clients, including: Outlook users (including those on Citrix), Mac users, Outlook Web Access users and mobile device users (such as android, iPhone or iPad). 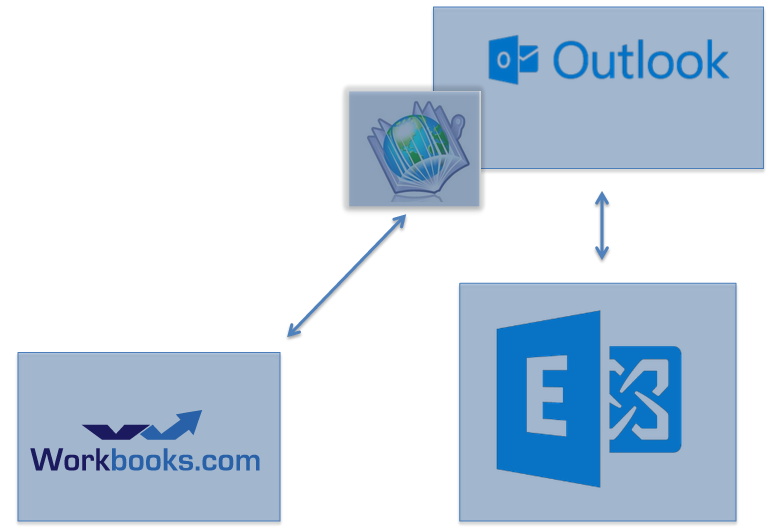 ​The above diagram shows how the WOC works. Workbooks talks to the Microsoft Exchange servers through Outlook, this functionality becomes available by downloading and installing the WOC which is a plugin. For this reason, Outlook must be open and you must be logged in for the synchronisation to take place.

This synchronisation can be run at any time by the user and set to automatically run at specific time intervals. Because the WOC is a plugin, there is a User Interface (UI). This allows for configuration and conflict resolution 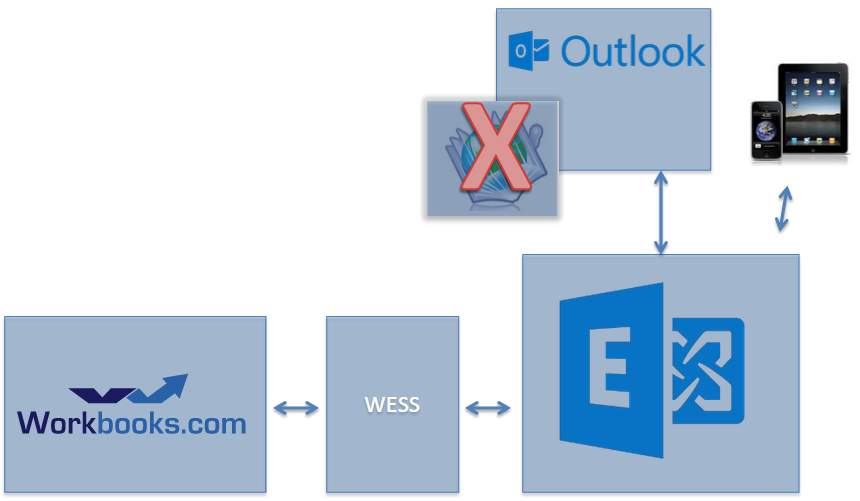 A plugin, therefore, is not needed for any of the individual programs. This means that there is no UI on the Exchange client side (however, a web-based UI is planned for the future to help with conflict resolution). As the synchronisation runs between servers it doesn’t matter which programs are open or closed, all Exchange clients will receive the data. This is particularly useful for mobile users.

PLEASE CHECK WITH WIZARD SYSTEMS ON THE LATEST SYSTEM REQUIREMENTS!
​